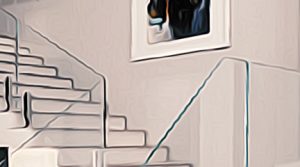 My buddy Jack asked me the other day whether I’d finally be getting a glass replacement for that balustrade broken by the Glass Smashing Bandit over six months ago now. I told him that of course, I would—when pigs fly. Little did I know that the National Agency of Space Travel (NAST) has been training pigs to fly for years. They launch the little guys into the air with wings attached and see how they go. It’s actually super fascinating. So, I guess I’ll finally be getting in contact with a business offering glass replacement close to Melbourne, even though I really don’t want to get this balustrade fixed.

You see, I’m one of the Glass Smashing Bandit’s biggest fans. I never liked that balustrade anyway, and think the world would be a better place without glass at all. It’s not natural. How can you possibly turn thousands of grains of sand into glass with heat? No, things were much better when we used wooden fences instead. I’d much rather get a wooden fence than another glass barrier. Why haven’t I done it yet? Well, I’ve been looking around for a business I can trust to make a great fence on my balcony, but I haven’t found one yet. Meanwhile, Jack is calling up businesses to see which will give me a good price on glass balustrades. Melbourne doesn’t need any more glass balustrades, in my honest opinion.

I know most people think of the Glass Smashing Bandit as some horrible villain, but I truly believe he’s a hero. He’s more of a hero than Man-Spider could ever dream of being. How many glass windows and balustrades has Man-Spider destroyed? If he wants to be known as a real hero, he should try smashing some glass. Personally, I think they should make a statue of the Glass Smashing Bandit someday. People may not see it now, but I believe everyone will know him as the hero I do, someday.