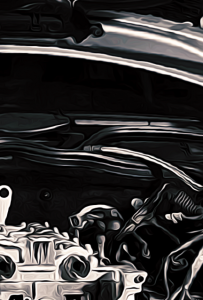 This morning when I woke up I just really wanted cereal. I’m so sick of having a cooked breakfast every morning. Like I know it sounds good but it actually sucks after a while. You know that cereal that’s coated in so much sugar that now it’s now considered a dessert? That’s what I wanted. It would just be so delicious. But I didn’t get to have it. Why didn’t I get the breakfast cereal that I craved so badly? Because when I went to my car, I realised that I was in desperate need of a transmission repair service. In the Hobart area, there’s no way to get around if you don’t have a working car. That meant that instead of having the breakfast that I oh so desperately needed, I was stuck waiting for the local mobile mechanic to come to my house and fix my transmission.

I know that doesn’t seem like a big deal to most people, but for me it really sucks. You couldn’t possibly understand how badly I wanted the cereal. Every part of me was craving it, and my body felt like it was going to break down when I realised I couldn’t have it.

It’s the afternoon now and the auto electrician located in Hobart has been and gone. Luckily Hobart isn’t an overly big place, so the auto electrician was able to get to mine quickly and easily. But even though he got to mine in a good time frame and got the work done, it was still too late for me to be able to get the cereal that I wanted so badly.

I’ve gone to the shops and bought myself some for tomorrow morning. I have pretty erratic mood swings though so I assume that I won’t even want it tomorrow. Which will leave me feeling so unsatisfied. I hate not getting what I want. End of blog.