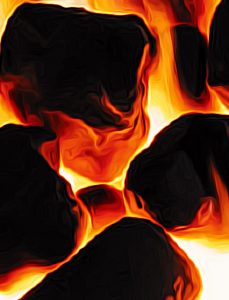 Remember back in the day when everyone was worried about global warming? I look back on those days and laugh. We had no idea that global cooling was just around the corner and that we’d be plunged back into the Ice Age. It’s actually a bit scary how things can take such a turn and so quickly. Everything can change and nothing will ever stay the same. That’s what humanity worldwide learnt when the global cooling hit.

To attempt to combat global cooling, there was a government initiative to send ducted heating repairs technicians across Canberra. It didn’t matter where you lived in Canberra, the only thing that mattered was trying to stop our population from getting hypothermia. The government needed to protect the population or there would be no population anymore. We had no hope of continuing humanity if we let the global cooling take us all out. And, we have somewhat succeeded.

Not as many lives were lost here in Canberra as was originally hypothesized. We were expecting tens of thousands of deaths and fortunately, the government was able to keep that number to a minimum. Unfortunately, not everyone survived and we all recognised how much of a tragedy that is. For the vast majority though, the government-funded heating services for Canberra homes was enough to keep people warm enough to stay alive.

It’s only been a year and a half since the global cooling hit and we are still coming to terms with it. So many people have tried to pretend that it’s not real and that we’re just experiencing a really long cold dip. Canberra is a cold place naturally but there’s no denying that global cooling has happened and that it’s here to stay. I wish people would stop going outside and risking their lives against the cold. It’s not worth it. No amount of protesting is going to make this terrible thing go away.