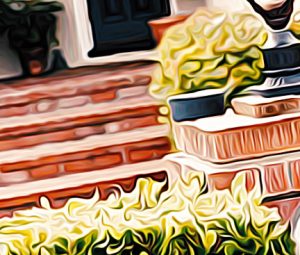 While Rylee missed stopping bad guys and getting paid a heap for it, at least she didn’t have to wonder if she’d even make it home at the end of the day being a real estate agent.

She turned the key to her high-rise apartment, stepping into the gloomy space. It was certainly a step down from the pad she’d once had, with its tattered curtains that the light crept through, second-hand couch and chipped benchtop. Apartment prices in Melbourne had gone through the roof since the Mechanist takeover. Even with a good job as a real estate agent, this was all she could afford.

Although she’d heard that working in conveyancing in the Clifton Hill area was a somewhat lucrative prospect, the truth was that she kind of liked this derelict apartment and preferred being a real estate agent. It certainly had its benefits.

Rylee closed the door and approached the horrid curtains, pulling them aside. From there, she had a brilliant view of Melbourne’s busiest streets. It was good to keep an eye on things, in case anything exciting happened.

Of course, nothing exciting ever happened. The Conclave of Mechanists ruled with an iron fist. There was no funny business in Robotopia. If you so much as jaywalked, they’d send a swarm of angry robots after you.

Once, Rylee had almost gotten caught by those robots for some accidental littering. Obviously, at the time she had been offering somebody advice on where to get the best services in conveyancing. Highett was the place, noon on the 23rd of March had been the time. It was a simple piece of paper that the wind had picked up and taken out of her hands.

Suddenly, complete chaos ensued. Sirens blaring, a hoard of angry robots giving chase. Rylee had hidden in a nearby dumpster for three days until the patrols died down enough that she could go home.

The rules of Robotopia were firm. Break them, and there was always hell to pay. This was the new world they lived in. Keep your head down and follow the law, or else.