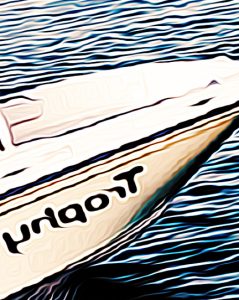 The burly man tilted his chair against the wall, slinging his strong arms behind his head with a satisfied smile. He was like a bear, such a self-assured predator that he could recline without fearing another animal would slice its claws through his soft flesh while he slept. Lorcan bristled at the man’s misplaced confidence.

It wasn’t Lorcan’s, or even Valdemar’s fault, that their clan hadn’t considered fitting their ships with a boat latch. While the fisherman clans who lived along the shoreline could benefit from interclan trade and barter, Lorcan’s clan were the sole occupants of the snowy mountains further inland. They weren’t a seafaring tribe. Although their population was bulging, it consisted mainly of well-trained foot soldiers and farmers tending to their flock.

Lorcan tried to catch Valdemar’s eye. What ideas were spinning through his head? How could they still salvage this? He knew that Valdemar, who prided himself on his strategy, hated being upstaged at council meetings. Whether he knew it or not, this burly man — whoever he was — had just committed an unforgivable slight.

Valdemar cleared his throat and said, “Might you have also discovered a way to improve marine welding? Melbourne boats are falling apart at the seams. We need better steel and aluminium. Corrosion protection, too. Fancy installations will only get us so far if we cannot withstand the first strike that is thrown our way.”

“It is of no importance,” the burly man said with studied disinterest. “The new launch times will help us crush our opponents before they have even sipped their morning mead.”

“And if we don’t? You seem awfully certain for someone whose last plan cost us the retrieval of more than a dozen yachts.”

A tinny horn sound circled around the room, bouncing off the corrugated walls. Startled, Lorcan watched as the western clan’s leader, Gunnar, rose from his chair. His beard was so red it was as though flames were licking at his chin.

“This petty quarrel ends now,” said Gunnar firmly. “We have limited daylight and much left to do. Follow me to the docks.”